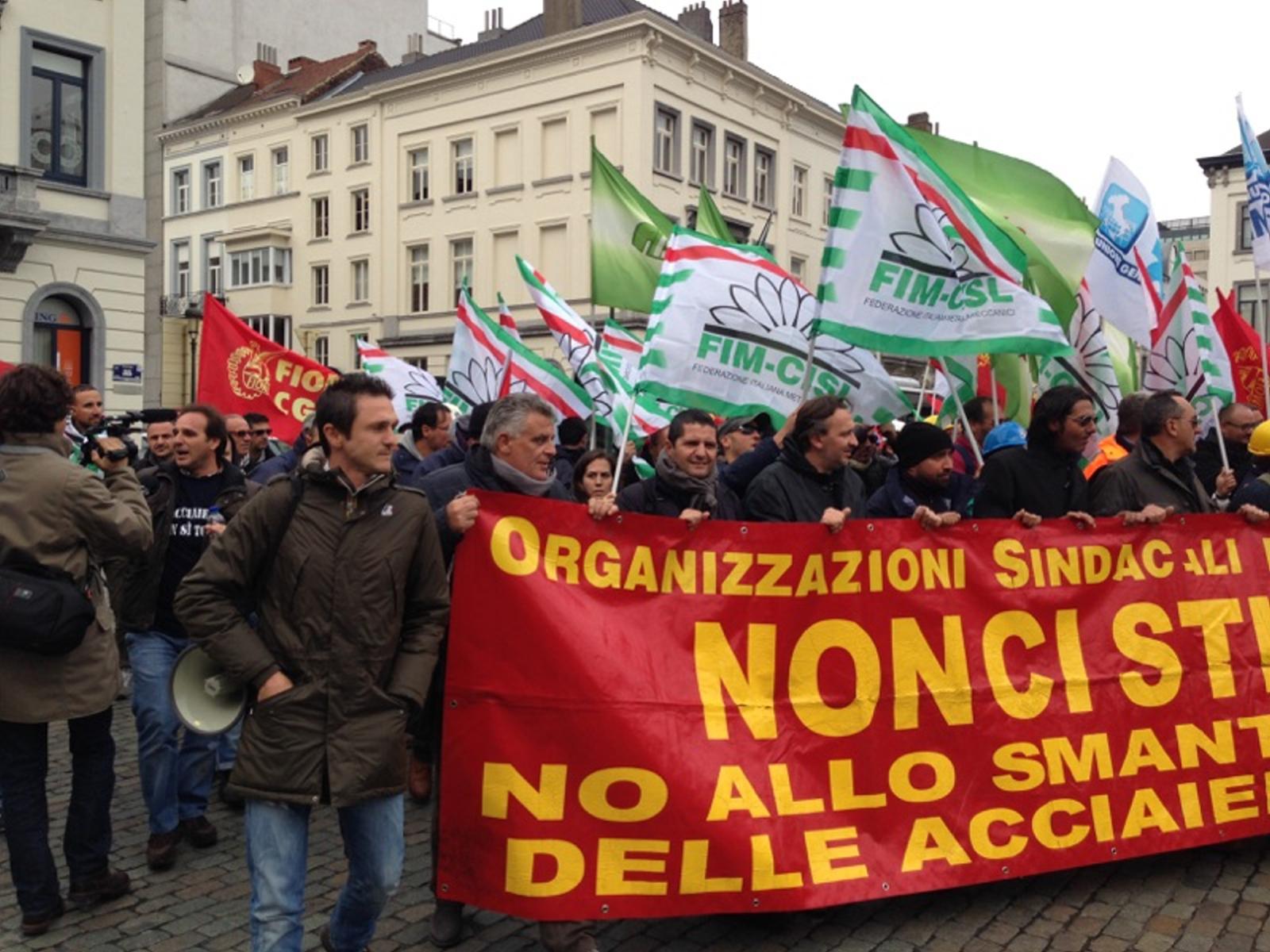 AST-TK: Started picket-protest outside the European Parliament,
15:30 meeting.
We ask discontinuity to the European Commission on competition and industry

Arrived in Brussels the three buses with workers of AST Terni. The workers have immediately gave rise to a picket and a protest outside the European Parliament. At 15.30 and after the meeting with Mr David Sassoli and Antonio Tajani will be meeting with all the MEPs and later with the relevant committees. At 17 a delegation with the National Secretaries Marco Bentivogli (FIM), Rosario Rappa (Fiom), Guglielmo Gambardella (Uilm), will meet the new European Commissioner Margrethe Vestager who will replace Joaquin Almunia.

“The European antitrust rules are stuck to a world without international competition. The Antitrust Commission presided over by Almunia is the main responsible for the downscaling of production and the weakening of the industrial sector. We hope that the new Commissioner and President Jean-Claude Junker will mark a sharp break with the previous administration”.